Looking for safe and affordable places to live? No matter where you live, you want it to be safe while remaining affordable, especially if you love your home. Unfortunately, many people find it challenging to find an affordable home in a safe neighborhood. Usually, the safer the neighborhood, the more expensive it will be to live there. Also, cities are always more expensive to live in than suburbs, even if some of them are less safe.

Moving to a new home anywhere can be scary because you’ve never lived there. Not only do you not know the neighborhoods, but you also don’t know the top industries and employers. So remember, you should never move anywhere without having home and job prospects.

Luckily, some of the largest cities in the United States have low crime rates and can be affordable. Here are the safest and most affordable places to live in 2022.

Topeka has one of the best climates in the United States. While the continental climate is humid with hot summers, it also has cool and cold yet relatively dry winters. Topeka is home to the State of Kansas, the largest employer in the state, and government workers make up 25% of the employed people in the city. Top industries in Topeka include education, health, and social services.

Topeka has a violent crime rate of 6.16 per 1,000 people, making it one of the safest cities in the United States. The median apartment rent in Topeka is $950, but you can find even more affordable housing in the suburbs outside of the city. So, it’s no surprise that Topeka made our list of safe and affordable places to live in 2023. You might not have to do too much shopping around for affordable housing, as the median list price in Topeka is only $150,000.

Jackson is the largest city in Mississippi, located on the Pearl River and halfway between Dallas, TX, and Atlanta, GA. Residents of the city enjoy music, local cuisine, and recreational sites, including The Smith Roberson Museum and Cultural Center. Jackson is also home to the Mississippi Braves, a minor league baseball team.

The entire state of Mississippi is affordable compared to other states in America, but Jackson is one of the cheapest metro areas, with a median rent of $799. If you don’t want to rent your home, you can buy one for less than $200,000 and get a lot of lands and a moderately sized home.

The second-largest city in Michigan, Grand Rapids has a population of just under 200,000, with over a million people living within the Metro Grand Rapids region. This city is located on the banks of the Grand River, where it gets its name. The major industries in Grand Rapids include Life Sciences, Food Manufacturing, and Retail Trade.

Grand Rapids has a violent crime rate of 7.12 per 1,000 people, making it almost as safe as Topeka. Because Grand Rapids is a vibrant up-and-coming city, the median rent is a little higher at over $1,200, but that number is affordable to those living in major cities like New York. If you move to Grand Rapids, you might want to purchase your vehicle because transportation costs can be high.

Naples has an incredibly low crime rate of 1.05 per 1,000 people. Unfortunately, the rent is more expensive because of the low crime rate, with the median rent at $1,700 and the median list price for a home around $400,000. However, if you like warm weather and beaches, Naples might just be the right place for you to settle down.

To people from the Midwest, living in Virginia might be expensive, but for people on the West or East Coast, Virginia is an incredibly affordable state to live in. In particular, Virginia Beach has a median rent of just over $1,500 and a median list price of a home of just over $300,000. It’s also one of the safest cities on this list, with a violent crime rate per 1,000 of 1.39.

To some, Winston-Salem is known as the “Twin City,” For others, it’s known as “the Camel City,” a reference to its involvement in the tobacco industry. Now, the top industries in Winston-Salem include Aviation and Aerospace, Advanced Manufacturing, and Technology.

Winston-Salem is another affordable and relatively safe city to live in, with a median list price of around $175,000 and a median rent of just over $1,000. However, the property crime rate per 1,000 people is considered high at 38.06.

Located in northeast Ohio, Akron is a vibrant city with a population of just under 200,000. It’s also the hometown of LeBron James. However, that’s not all this city is known for. The University of Akron offers a Corrosion Engineering degree, which is not offered at any other university in the U.S. The top industries in Akron include Healthcare, Banking, and Manufacturing.

Finding a Safe and Affordable Home

A safe, affordable home is relative. For example, someone living in New York would find just about anywhere in the midwest safe and affordable. Still, those from the midwest might have difficulty wrapping their heads around the higher median rent prices in a major city like Los Angeles, California. So before you move anywhere, do your research to ensure you’re buying or renting a home in a safe neighborhood based on your unique situation. 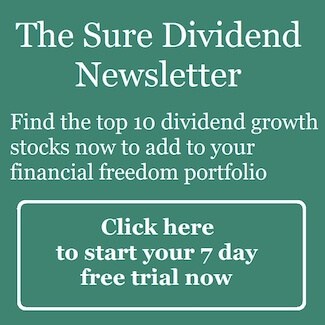